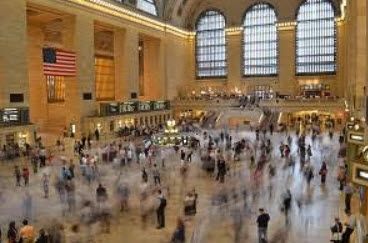 serve as a great reference when assigned to write one on your own. Refer to it as you please.

Creative writing piece may be written as any form of fiction, non-fiction, or poetry. It is

not limited by formats and conventions of professional, academic, or journalistic styles. The

main aim of any creative writing is to artistically express concepts, feelings, ideas, and thoughts.

This is why there are numerous representatives of this style: novels and short stories, poems and

It was too late for any visitors to come knocking on the door. Nevertheless, Lily could

swear that she had heard loud hammering, which was coming from the front entrance. The house

was big enough to consume any sounds from the outside, but it was so late that silence could be

broken by the slightest noise. Lily assumed that someone must be in trouble. Burglars and

murderers would not have knocked before entering the house, she knew it from her favorite

detective TV shows. When she heard the hammering again, she threw the blanket aside and

jumped from her bed, wondering why her parents had not woken up yet. Surely, it was better for

them to open the door than to trouble their eleven-year- old daughter. But they were asleep, and

Lily stepped into the pitch-black darkness of the hallway, not seeing a single thing ahead. Her

yellow nightgown seemed to be the only real thing in this dark world, where nothing else existed.

“There are lights at the front door,” thought she, feeling somewhat reassured by this reminder.

She was still scared of the dark, but her parents were rather skeptical of this fear, so they refused

to waste precious electricity on her whims.

“But the lights at the door are always on at night,” Lily had to repeat this thought in her

mind to feel better. But she was wrong. There was no light. Only a hardly visible door at the end

of the hallway. And the hammering, which was becoming increasingly louder as she approached

“Who’s there?” she asked while touching the doorknob with her fingertips, but for the

unknown reason, she opened the door before she could receive any answer. It was wrong, her

parents taught her not to do so, and yet she did. It was already dark, but even more darkness

slipped into the hallway through the open door, destroying the flickering remnants of light from

the outside. Lily could not see her nightgown anymore, nor could she find her pale arms or

milky-white slippers. She opened her mouth to scream but did not hear a sound as the darkness

consumed her outcry, her voice, her very being…

“Lily?” whispered a familiar voice, coming out of nowhere.

Lily woke up in her own bed, breathing in uneven gulps of air, and trembling with her

whole body. It was just a dream, she told herself. Terrible, frightening, ghastly dream. Although

it was still dark in her room, she could see the familiar edges of her furniture, her rainbow-

“Oh, did you have a bad dream?” Mother was worried more than she had ever been. She

was more caring as well, especially when she sat down at the edge of the bed and drew Lily into

body. Mother had never cared about nightmares, but now she apparently did.

“Oh, it’s nothing,” replied Lily, trying to sound brave, for her parents never approved of

any weaknesses. But, despite her best effort, her voice sounded so pathetic. “It wasn’t real

“But, my darling girl,” hummed her mother, suddenly closing her embrace so tight that

Lily could not breathe. “How do you know what is real?” Before Lily could say or do anything,

pitch-black darkness blinded her and everything ceased to exist.

You can order creative writing sample like this using DoMyCreativeWritings.com