The Praxis II Government/Political Science Exam is a certification test taken by aspiring educators from various states who are interested in teaching political science and government matters. Exam passers are granted certifications that allow educators to practice in the chosen state as an audiology educator. The exam has five different sections and each part covers one of the fundamental subjects: United States Constitution; United States Government: Federal, State, and Local Institutions; Civil Rights and Civil Liberties; United States Politics; and Comparative Politics and International Relations.

To be eligible to take the Praxis II Government/Political Science Exam, applicants should hold a bachelor degree from any state or national university. Each state, however, has different passing criteria hence examinees should consider acing the particular section where the state requires higher marks in. In the event that the examinee should fail to pass the exam, he/she is given the chance to retake the exam but only after a period of 30 days.

The Praxis II Government/Political Science Exam is composed of 120 multiple-choice questions and examinees are given 2 hours to attempt the exam. These questions are grouped into four different categories that correspond to a topic on government/political science. These categories are: United States Constitution; United States Government:  Federal, State, and Local Institutions; Civil Rights and Civil Liberties; United States Politics; and Comparative Politics and International Relations. This test may contain some questions that will not count toward your score.

•  The Federal, State and Local Institutions section of the exam covers: federalism and the relationship between national, state, and local governments; structure and functions of the executive branch, including presidential qualifications and roles; structure and functions of bureaucracy in the United States; structure of the legislative branch, including leadership and committees; process by which a bill becomes a federal law; major structural and functional differences between the Senate and the House of Representatives; separation of powers and the application of checks and balances by the three branches. This section has approximately 34 questions contributing to 28% of the total score.

•  The United States Politics section of the exam covers: structures and functions of political parties; historical development of the two-party system; role of third or minor parties; advantages of incumbency in re-election campaigns; core beliefs held by the two major parties; differences between political parties and interest groups; characteristics and functions of interest groups and the effects of those characteristics and functions on the political process; historical development and expansion of voter eligibility in the United States and its impact on the political process. This section has approximately 24 questions contributing to 20% of the total score.

•  The Comparative Politics and International Relations section of the exam covers: different political systems; characteristics of economic systems; relationship between political development and economic development; relationship between national governments and supranational governments; how domestic politics and constitutional principles affect international relations; effects of globalization on international relations and state development; basic concepts of nationalism, imperialism, colonialism, and militarism. This section has approximately 17 questions contributing to 14% of the total score.

In addition to study test prep tools that you find on StudyGuide.NET you can also get help from an online or local tutor.  Tutoring Services, LLC is helping educators and future teachers get help from other subject matter experts and help educators prepare for Praxis II exam.  TutoringServices.com offers flexibility for Michigan state educators to find a tutor, locally or online, contact tutor and get help.  This is a recommend option for students, and best of all site doesn't even charge any tutoring agency comission fee like other agencies do.   So what are you waiting for?  Find a Tutor today!

Let our Local/Online Tutors Help you Prepare for Your Examination.

Self review is not the only option in preparing for your upcoming exam. Find local and online tutors to help you in preparing your exam.

This online tutoring site can also be beneficial to all educators who would like to make money helping other educators, prepare for the test, by allowing them to register free of charge and advertise themselves as independent tutors, helping other educators in test preparation as well as helping students in k-12, colleges and universities with homework help and academic subjects tutoring and test prep. Registration is FREE.

How to View and Search for Praxis II Exam Study Guides

On the bottom part of this page you will see lists of mttc test study guides, to help you review and prepare for your examination.  Change the default menu for Show into desired number of items you wanted to view. Also along side with each study guides there is a button called “Buy Now”, click it for each reviewer you wanted to obtain. 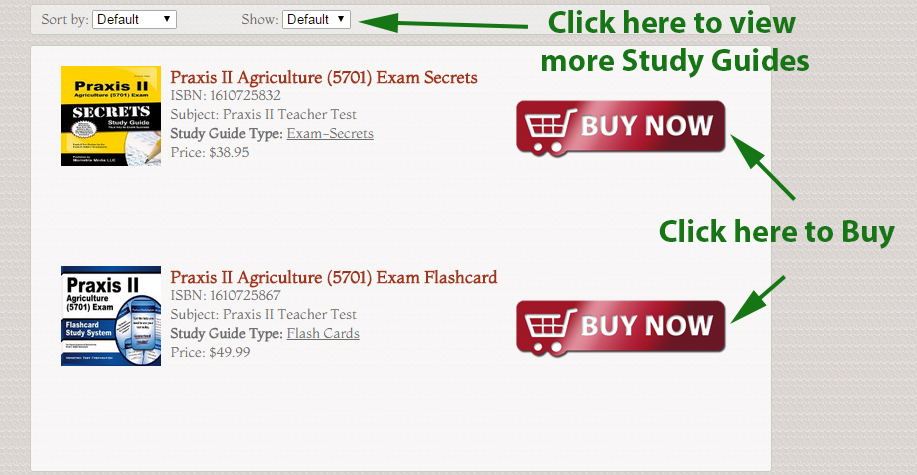